New Cyber Security Law Could Impact on Sharing the Gospel in Pakistan. 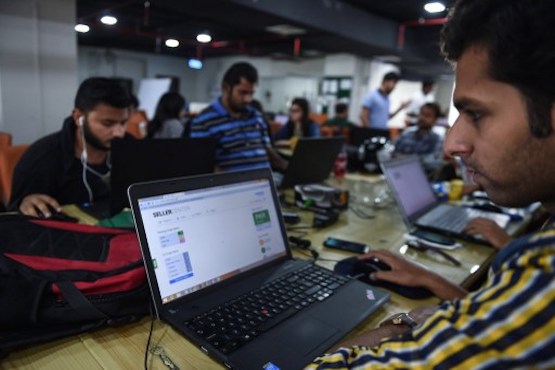 A controversial cyber security law that allows Pakistan’s government to widen police online activity may cut off one of the last openings for evangelism left in the Muslim-majority nation.

Catholic communication experts claim that the Prevention of Electronic Crimes Bill, passed in August, could be used as another way to silence Christian voices.

Father Qaiser Feroz, director of the Workshop Audio Visual Education studio, told ucanews.com: “The internet is an important tool to proclaim the word of God and faith formation in the Islamic republic. Many priests use Facebook to share their activities in restive regions. Restricted internet means restriction on evangelism.”

“The bill is ambiguous and could be misused,” the priest said. “We support the ban on immoral sites and content against religious belief, but there should be no restriction on information related to democracy or development.”

The Pakistani government said that the new powers are needed to protect citizens against the threat of terrorism, according to a Reuters report.

The new law envisages 14-year jail terms for cyber terrorism, and seven-year stints for campaigning against innocent people and spreading hate on the basis of ethnicity, religion or sect. Three-year terms were also added for “spoofing”, where hackers mimic a person’s online identity.

The church and human rights activists are concerned about vague definitions in the law, which could allow current Christian internet activity to be deemed illegal.

Christian internet activity has increasingly been a source of confrontation in Pakistan, but it remains one of the few outlets left for Pakistan’s Christian media, after the Pakistan Electronic Media Regulatory Authority closed 11 “illegal” Christian TV channels on September 23rd this year.

Jasber Ashiq, director of Catholic TV Pakistan, has already had to deal with government restrictions. “Now we stream our programmes live on Facebook and recorded programmes are posted on YouTube. But we had to look for alternate sites when the government imposed a three-year ban on YouTube [which was lifted in January]”, said Ashiq.

The latest developments came after Freedom House, a Washington DC-based research firm, listed Pakistan among the 10 worst countries for internet freedom in its Freedom on the Net 2016 report.

The report cited a case, in which anti-terrorism courts sentenced a man to 13 years in prison for liking an internet post against the beliefs of Sunni Muslims.