New Generation of Saudis -Through the Looking Glass of Social Media

PrevPray for MBB arrested in Tajikistan
NextThe battle for Mosul: Are Iraqi Christians the forgotten people? 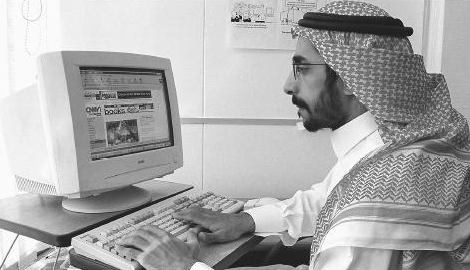 Homeland of the Arab people and of Islam, Saudi Arabia proudly claims it has the world’s strictest religious and social conservatism. Older Saudis remember a youth of rules, arranged marriages, strict gender roles, strict moral codes dictating who could relate with whom, and other such rules that maintained the conservative desert culture.

But times are changing. In the last 30 years, satellite television, the Internet, and social media have shaped the minds and defined the culture for Saudi youth.

While still donning headscarves, today’s Saudi youth live their lives unveiled on social media.  With half the country’s population under 25 years old, the 21st-century Saudi youth have decidedly and secretly advanced the gap separating them from their aging monarchs. Their inherited oil wealth has provided all the newest technology to navigate lives on landscapes unseen and unregulated by their parents or their king. With Internet surfing, smartphone apps,  and gaming, the young Saudi mind has seen possibly the quickest social education in the world. Their world of social media is the looking glass into the new Saudi Arabia.

YouTube use in Saudi Arabia rose 260 percent in 2012, and by 2013 recorded the highest per capita YouTube use in the world. And by November 2016, “Saudi Arabia ranks seventh globally in terms of individual accounts on social media, with seven accounts for each individual – three of which are active – while the number of tweets on Twitter exceeds 500,000,” according to Arab News.  Snapchat and WhatsApp have also seen an astonishing increase in Saudi usage.

A study reported by Middle East Voices concluded, “Connectivity to the rest of the world is encouraging critical thinking, and leading to [religious] doubts among Saudi youth.”

The report cited that, as one interviewee put it, “everyone is questioning everything.” The report quoted another interviewee saying, “Twitter is our parliament now,” referring to the ‘remarkable debates happening through that forum’.

The Saudi monarchy has been somewhat tolerant of this, except when his citizens are caught expressing an opinion contrary to the throne. But even social media allows for anonymous personal expression, and young Saudis have a lot to say about human rights and religion. Individual rights remains a huge social issue. Agnosticism and atheism are on the rise. Intellectual arguments on the Internet  encourage critical thinking about their religion. On social media, they debate with friends in private forums about their responses.

“We’re becoming more open in all aspects of life, not only religiously,” a young Saudi told the Pulitzer Center. “It’s because of the way that the world has changed. It’s really forced us to question our identity [and] one of them is religion.”