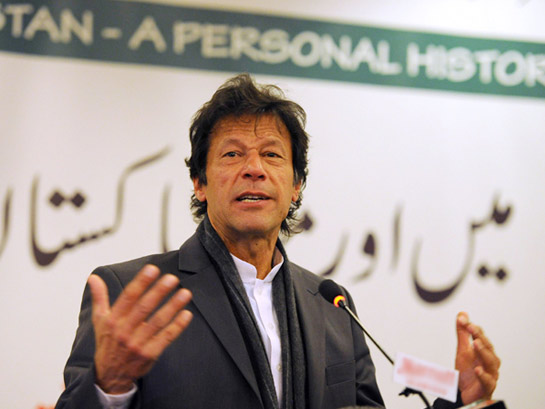 In his first speech following the vote, Khan, now poised to become the country’s prime minister, stated, “When I came into politics, I wanted Pakistan to become the kind of country that our [founding] leader Muhammad Ali Jinnah wanted.”

He went on to add, “I am saying to you today, that for the first time, Pakistan’s policies won’t be for the few rich people, it will be for the poor, for our women, for our minorities, whose rights are not respected.”

His words have been welcomed by Christian leaders, as Ali Jinnah’s vision for the nascent state of Pakistan was one where all citizens, both Muslim and non-Muslim, enjoyed equality, freedom and justice. It is a vision still pictured on the nation’s flag, in which the white stripe symbolises Pakistan’s non-Muslim minorities.

Since 1947, Pakistan’s constitution and laws have been gradually Islamised, eroding the position of religions minorities including Christians who account for around 3% of the population.

Imran Khan’s invoking of Ali Jinnah’s legacy and his specific statement of support for minorities is a potential watershed moment in Pakistani politics. But his warm words must be accompanied by action to address the ongoing persecution of Christians in Pakistan.