Kazakhstan looks set to become the first of the ex Soviet Central Asia nations to follow Russia’s lead in bringing in harsher restrictions on religious activity. 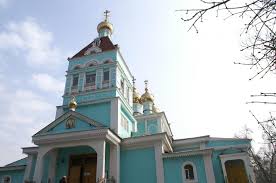 Laws concerning legal restrictions in Kazakhstan already ban and punish certain religious activities, including free speech. However, the Minister who oversees religion has announced that further restrictions will be imposed in amendments to the Religion Law and other Laws, and these are likely to be presented to Parliament in September.

These amendments are in response to an  order on 10th June, by President Nursultan Nazarbayev, to harshen laws on “extremism”, terrorism and religion.

Anyone who speaks on religion without such permission faces punishment, usually a hefty fine.

The amendments to the Religion Law and a series of other laws that are being prepared will further restrict freedom of religion or belief.

The minister of Culture and Sport who oversees the government’s Religious Affairs Committee, said that, among other things, “missionary activity” will be subjected to controls. “Activity to spread a faith as a missionary without registration will not be allowed,” he declared.

However, as talking to others on religion is already banned unless it has been specifically authorised by the state, it remains unclear what further controls might be introduced.