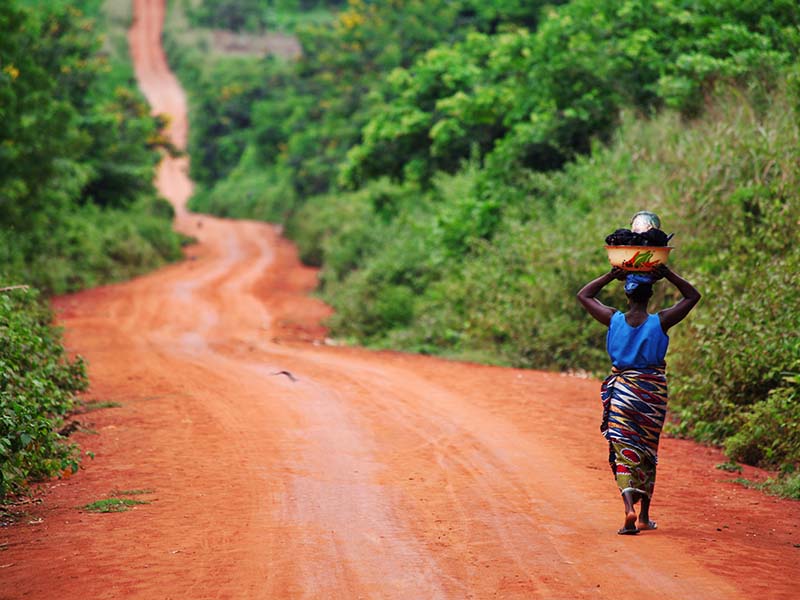 04/30/2019 Washington D.C. (International Christian Concern) – During my latest trip to Nigeria, I had the privilege of meeting a young woman who suffered an unimaginable tragedy. Blessing Kogi was a normal university student, working toward a degree in education. She wanted to teach science. However, September 27, 2018, forever changed her life.

“I was eating dinner with many of my family. We then heard gunshots in the village. We all ran and hid in my grandmother’s room.” Blessing and 11 other family members were crammed into the grandmother’s room for safety when the militants burst into the house.

“They began shooting everyone in the room. I fell down and pretended to be shot. But one of the men came over and shot me twice, in the shoulder and neck.” Blessing then showed me the scars she now carries from the attack. Two small marks on her neck and shoulder reflect the weight of that night forever.

After being shot, Blessing fell unconscious. When she woke up she remembers that no men were in the house and “hiding under a bed.” Two of her cousins who were there that night also survived the initial attack. When the attackers later returned to check and see if anyone was still alive, they found these two cousins. They shot one of them several times. The other, Blessing says, they raped and then killed.

By the grace of God, the attackers never found Blessing in her hiding spot. After waiting to be sure that everything was safe, Blessing finally was able to leave. She was found by others in the community who had survived the attack and was taken to the hospital. She spent the next three nights in the hospital healing from the wounds she suffered.

Since the attack, Blessing has been able to resume her education at the University of Jos. She is in her second year of school and still wants to be a teacher. The most difficult obstacle is that she lives with her grandmother in the same village as the house where she was attacked. She said, “To return to the house would be too difficult. I am even scared to live with my grandmother as it is very close to that house.” When school is in session, she often stays with friends in their dorms or homes.

Though most of her family was killed that night, her father, her sister-in-law, and her nephew survived. Her father, who was working on the night of the attack, is now living on the same campus where she attends school and works as a driver. He was able to help pay for her hospital fees but is struggling with the loss of his family.

Blessing noted that she has continued attending church in the months since the attack. She is a part of the Evangelical Church Winning All in Jos. Despite this terrible loss, she still has hope for the future and is working hard to ensure success in the future. In order to support her, ICC will be paying for her next year of schooling.