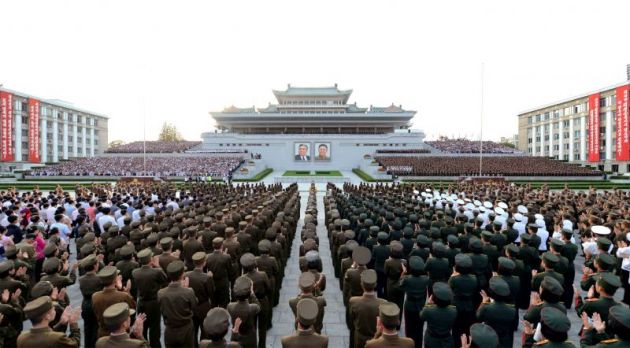 Kim Jong-un, supreme leader of the Democratic People’s Republic of Korea, has taken his dislike of Christianity to a whole new level this Christmas by forcing people under his regime to celebrate the birth anniversary of his grandmother Kim Jong-suk instead of Jesus Christ.

Kim Jong-suk was born on Christmas Eve in 1919, and was also the wife of North Korea’s first dictator, Kim Il-sung, and former leader Kim Jong-il’s mother.

Called the “Sacred Mother of the Revolution,” she died under mysterious circumstances in 1949. Every Christmas, Kim Jong-un orders North Koreans to pay their respects by visiting her tomb.

In addition, Kim Jong-un has reportedly banned all Christmas celebrations in North Korea. The dictator even threatened an all-out war back in 2014, when he found out that South Korea was planning to erect a huge Christmas tree along their border. The tree was never put up.

He has also prohibited North Koreans from putting up Christmas trees. However, several people bravely stood against the dictator’s warnings and put up Christmas trees in the capital of Pyongyang. The trees were erected in some high-end shops and restaurants, but were stripped of any religious symbols so as not to incite the attention of government authorities.

Human rights organisations believe that the Pyongyang regime has about 70,000 Christians imprisoned over religious or political offences.