Voice of Matyrs are reporting that one of their partners, Pastor Han Chung-Ryeol, age 49, was brutally murdered on Saturday, April 30th, in Changbai, China. 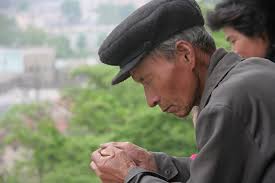 Born in China, he pastored a Three-Self Church near the North Korean border and helped countless North Koreans come to know Christ. He leaves behind a wife, a son and a daughter.

Pastor Han reportedly left his church building in Changbai at 2 pm on April 30th. His body, mangled beyond recognition, was discovered at 8 pm. He had been repeatedly stabbed in his stomach and his head had been hacked with an axe. All of his personal belongings, including his cell phone, were stolen.

He is believed to have been killed by North Koreans, who likely returned to North Korea following the attack.

In February, the North Korean government issued an order for Pastor Han to be kidnapped, brought to North Korea and interrogated. Despite the threat, Pastor Han continued his work in Changbai.

Pastor Han was known for helping anyone who crossed into China from North Korea. He would help in practical ways, such as giving food or clothing, and introduce each person to the gospel. Then he would send them back to share Christ inside North Korea and help their families.

Since planting his church in 1993, Pastor Han helped orphans, sex-trafficked women, soldiers and the famine-starved, among many others.

North Koreans often said they could “see his heart,” which helped them trust him as he nurtured them spiritually.

Matthew 5 vs 44: “But I say to you, Love your enemies and pray for those who persecute you.”