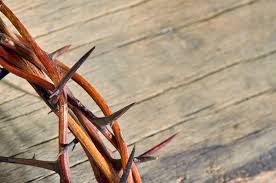 A North Korean man and woman who escaped their country separately and married later in South Korea have gone home and are helping state security agents identify and arrest citizens suspected of having contacts in the South, sources in both Koreas say.

More than 20 residents of Yanggang province’s Hyesan city have already been taken into custody based on information provided by the couple, a source in Yanggang told RFA’s Korean Service.

“Residents are terrified that the couple, called Sohn, may point out even more among them,” RFA’s source said, speaking on condition of anonymity.

The defectors, who had previously settled down in South Korea, reentered North Korea at the end of October and returned to Hyesan city, where they are now living in an apartment assigned to them by state authorities, the source said.

“On their return, they gave an offering to the government of 500,000 Chinese yuan [U.S. $75,545] and reportedly provided information on other defectors’ identities and their activities in South Korea,” the source said.

“Those who were arrested because of the information the couple provided are defectors’ families or people who have been having telephone conversations with people in South Korea,” he said. “Because they are now suspected of association with South Korea, they will be punished harshly.”

Speaking separately, a North Korean defector living in Incheon, South Korea, told RFA that she had met the woman in the couple five years before when they were both housed at the Hanawon settlement support facility for defectors in South Korea.

“When I called her recently, I found that she had returned to North Korea,” she said, also speaking on condition she not be named.

“Sohn was unemployed, and we often stayed in touch,” she said, adding, “Sohn was 37 and used to live in Cheonan city in South Chungcheong, and moved to Incheon this year.”

“Her husband, who is in his early 40s, took out loans from a bank and some acquaintances to start a business, but then the couple quietly vanished after settling affairs with their house,” she said.

Sohn’s husband had lived in South Korea for the last 13 years and had met Sohn when she defected to the South five years ago, she said.

“But they often had family trouble because of his difficulties adjusting to society.”

North Korea’s State Security Department has tried for years to induce defectors to return home, often through combinations of promises of financial reward and threats against family members who were left behind, sources say.