On a street in East Beirut, two small boys sit on the pavement, their heads between their knees, arms wrapped around their legs. Around them, groups of people, laughing and raucous, spill out from the many bars, taking no notice of the now-common sight of Syrian child beggars.

Passing the two boys, I stopped to see if they were all right. Only the younger of the two, Ahmed (not his real name), aged five, lifted his head. His six-year-old brother, however, was unresponsive and in need of help. 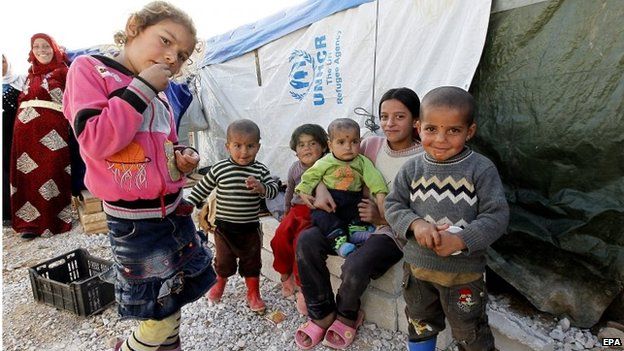 Ahmed told me his brother’s name, and turning to the barely conscious youngster I called: “Mahmoud? Mahmoud? Can you hear me?” He moved slightly, his breathing shallow. One bystander leant in, saying: “He just wants money, he’s faking it,” and then walked away. A few people approached, some asking what was happening, lingering for a moment, before going on their way.

An ambulance arrived, and the paramedics began asking Ahmed questions about his brother. Mahmoud was loaded into the ambulance. Ahmed sat next to me, sharing a seatbelt and clutching a blanket in one hand and my arm in the other.

“Where are you from?” I asked him. “Aleppo,” he quietly muttered.

“Where’s your family? In Beirut? Where in Beirut? ”

“Airport, near the airport,” he replied.

We got to the hospital, only to find they wouldn’t admit the child. “This is a private hospital,” they said. Thinking it was a matter of money, I told them I would pay the bill, but they still said no.

With no choice but to move on, we went to a second hospital. The first question they asked was: “You are going to pay for the bill?” – less of a question and more a demand.

Ahmed was sat in a wheelchair, wearing my jacket for warmth. Doctors asked him questions about his family. All he knew was he lived near the airport and there was no phone number to call. He was, after all, only five years old.

He said he had 10 brothers and sisters. They begged too, but weren’t in the same area. He said there would be someone on the street corner in the morning who regularly collected them at the end of their shift. He looked worried and asked when they could go – because if they weren’t at the spot in the morning they’d be beaten.

Mahmoud was dehydrated, hadn’t eaten and was severely sleep deprived. He was just six years old and, like his younger brother, worked on the streets all night.

The doctor told me the children could not stay in the hospital. He said unless they could find their legal guardian, the police would have to take them.

The doctor replied in tone of both hopelessness and indignation: “I don’t know, there’s too many of them. There’s no room. Shelters are full. Did you hear how many brothers and sisters he has? Ten! There are 10 of them. We have over a million refugees here, and they keep coming. What can we do? This is not my problem.”

Isaiah 49 vs 15: “Can a woman forget her nursing-child, or show no compassion for the child of her womb? Even these may forget, yet I will not forget you.“