A Christian from Pakistan’s Punjab province has been accused of blasphemy after allegedly watching anti-Islamic lectures on his mobile phone, and local Muslims are calling for the man to be killed. 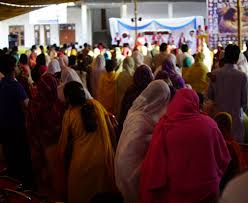 The incident has also affected the wider Christian population of Chak 44, a village in Mandi Bahauddin District in the Punjab province. Many have been forced to flee for fear of attack and Muslims are refusing to buy from, or sell goods to them, leaving them in desperate need of food.

It all started on Monday, 19th April, when Imran Masih, caretaker at a local healthcare centre, handed his phone to his Muslim colleagues who wanted to watch the video clip of a wedding he attended the previous weekend. He later returned to find his phone in the hands of a Muslim store owner who was showing anti-Islamic videos to on-lookers.

Despite Imran protesting his innocence, the store owner and his colleagues beat him up, before leaving him locked in an empty room. He was released after contacting his church using another phone, but two days later, Imran discovered that the store owner had consulted with Muslim scholars over the incident, who then issued a fatwa (authoritative decree) claiming that Imran had committed blasphemy which carries the death penalty under sharia law and Pakistan’s Penal Code.

Imran subsequently fled and news of the incident began to spread throughout the local community. A reward was offered by a local Muslim businessman to anyone who would kill Imran, and a local committee began arranging attacks on Christian houses and churches, despite colleagues and friends testifying to Imran’s innocence.

Muslims were also urged not to trade with Christians. Christians would usually work in the fields and houses of local Muslims, but this has been stopped. They have also been banned from buying items from shops in the village. “They have boycotted us,” local Christians said, “and left us in a desperate situation.”

Three-quarters of the Christians in the village have now fled their homes for fear of attack and in order to access food. The Centre for Legal Aid, Assistance and Settlement (CLAAS) is assisting Christians remaining in the village, and they have requested that police patrol the village until the tension eases and life returns to normal.

Meanwhile, Imran continues to be sought for blasphemy. Local Christians report, “We went to offer apologies to the Muslim villagers, but they put forth conditions for peace. They are demanding that the blasphemy accused Imran Masih should be handed over to them so they can burn him alive in front of the local church.”

Christians remaining in the village have been told they will only be forgiven if they leave the village or convert to Islam.

2 Corinthians 4 vs 3 – 4: “And even if our gospel is veiled, it is veiled to those who are perishing. In their case the god of this world has blinded the minds of the unbelievers, to keep them from seeing the light of the gospel of the glory of Christ, who is the image of God.”