According to a report published on 26 October, and in an appalling display of the abuse suffered by vulnerable Pakistani Christians, a deaf Christian woman was gang raped after three Muslim men broke into her home in Pakistan’s Punjab province. 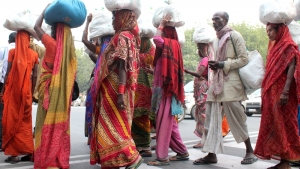 Despite her screams, no one came to her rescue, and the men of the family were away at work.

Whilst an arrest has been made, Pakistani police are often reluctant to bring a prosecution in cases such as this, instead, preferring to side with the Muslim majority population.

As Christian lawyer Sardar Mushtaq Gill said: “Often in these cases the police take no action or, worse, side with the rapists. Christian families or witnesses are pressured to withdraw complaints.”

Often sidelined in society, many of the country’s believers are poor and powerless in the face of persistent discrimination and violence, and Christian women and girls are particularly vulnerable.

According to a report published by the Movement of Solidarity and Peace in Pakistan in April 2014, over 700 Christian girls are kidnapped, raped and forced into Islamic marriages every year.

Sardar Mushtaq Gill continued: “Violence against women and children of religious minorities, the weak and vulnerable, is widespread in Pakistan and is often carried out in silence. These cases and the stories do not come to light and when victims talk about it they are intimidated.”

Isaiah 42 vs 3: “a bruised reed he will not break, and a dimly burning wick he will not quench; he will faithfully bring forth justice.”