Prev“God is far from finished with the Middle East.”
NextMyanmar’s Rohingya Muslims Flee Escalating Violence Against Them. 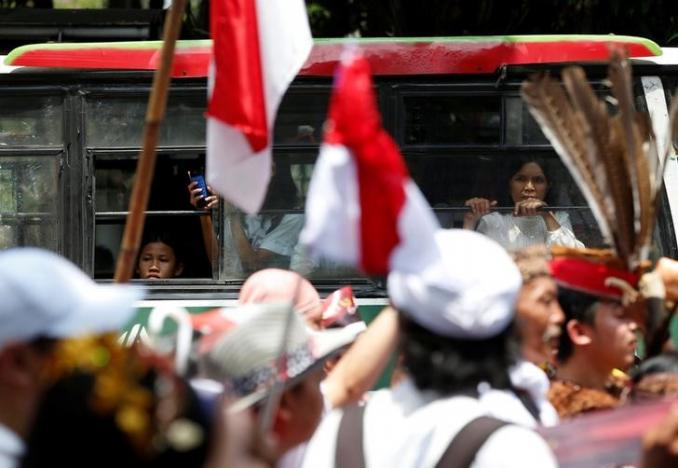 On Saturday, 19th November, thousands of Indonesians held a peaceful rally to promote unity, saying they were worried by signs of growing racial and religious intolerance in the world’s largest Muslim-majority country. 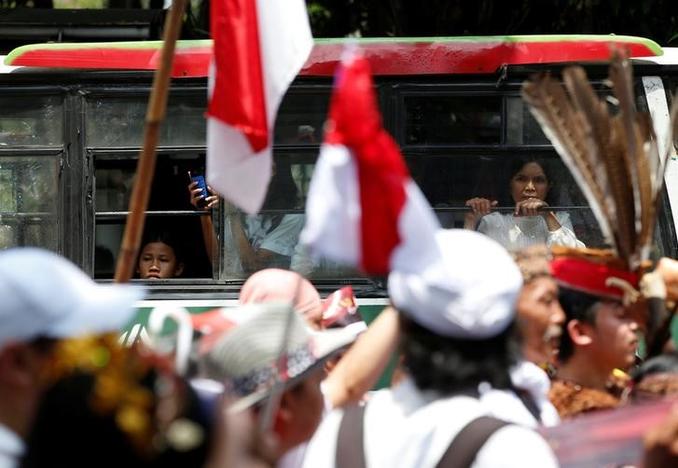 Dressed in red and white shirts, the colours of the Indonesian flag, religious leaders, members of human rights groups, lawmakers and others marched along a central Jakarta street.

Some held posters with the national motto “Bhinneka Tunggal Ika”, which means unity in diversity, while others performed traditional dances.

“This is about diversity, but also about unity. We have to separate politics from ethnicity, religion, and race,” said 25-year old Iwan Saputra. “I want Indonesia to stay united.”

Concerns about rising hardline Islamic sentiment in the country of 250 million people have grown since police decided last Wednesday to investigate a blasphemy complaint by Muslim groups against the Christian governor of Jakarta.

More than 100,000 Muslims protested against Governor Basuki Purnama Purnama earlier this month, and there were also many reported incidences of attacks against Christians and Church property across Indonesia.

Some analysts have said the police decision to pursue the case was a blow to democracy as well as diversity. Indonesia recognises six religions and is home to several minority groups that adhere to traditional beliefs.

Psalm 133 vs 1: “How very good and pleasant it is when kindred live together in unity!”