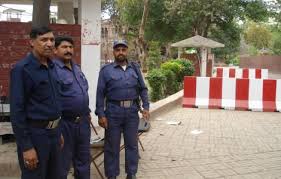 Pakistani Christians have remained uneasy since the Supreme Court announced the acquittal of Asia Bibi on October 31. Bibi, a Christian woman who had been on death row since 2010 after being convicted of blasphemy, continues to be one of the most contentious religious issues in Pakistan.

Following her acquittal, Muslim hardliners took to the streets in protest for three days bringing the country to a standstill. Many Christians feared their community would become a target of the hardliners’ rage.

“The situation on the roads is very tense today,” a Christian from Lahore, speaking on condition of anonymity, told ICC on October 31. “Muslims have blocked the roads, set fire to tires, and are protesting continuously. Christian are feeling very insecure.”

“The situation all over the country is very tough,” another Christian from Sindh, also speaking on condition of anonymity, reported. “Serious threats are being expected. All over the country is blocked now because people are demonstrating against the decision. Remember us in your prayers.”

Police and other security officers have been deployed to churches and Christian neighborhoods to ward off potential attacks. Yet the threat of attack remains for this small and persecuted minority.