Pray for persecuted Christians In Egypt

PrevTurkish Christians in Paris
NextPray for MBB arrested in Tajikistan 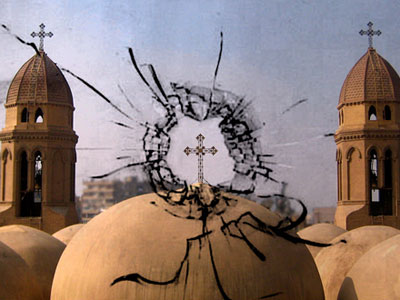 As Coptic Christians continue to flee for their lives from the threat of ISIS in Egypt, the head of the Coptic Church in the UK has called out the ‘horrific attacks’ that have claimed 40 Christians in the last three months.

‘Incitement by terrorist groups that calls for the killing of Christians in Egypt has spiralled over the past weeks to the extent that lists of churches and individuals have now been released as desirable targets.’

Attacks have also escalated in recent weeks following the release of an ISIS video which incited fellow jihadists to target the ‘infidel’ Christian community. Hundreds have now fled from El-Arish in Sinai, Northern Egypt, and as His Grace told Christian Today yesterday, specific lists of Christian targets have been circulated among militants.

‘These horrific attacks have gone largely unnoticed by the international community, but Copts continue to suffer tragic violations daily. The attacks against them are anti-Christian and religiously-motivated, demonstrated in many cases by the circulation of flyers within villages urging Christians to ‘leave or die’.

The bishop highlighted the resilience of the community that has remained steadfast, and forgiving to its persecutors, despite constant opposition. He said: ‘After the destruction of over 100 places of Christian ministry and worship in August of 2013, the bombing of various churches across the country in the last decade, and the targeted killing of clergy, families, women and children, purely for their Faith, the community and individuals within it remain non-violent and resilient.’

“Blessed are you when people insult you and persecute you, and falsely say all kinds of evil against you because of Me. “Rejoice and be glad, for your reward in heaven is great; for in the same way they persecuted the prophets who were before you.