Pray for Syria and Afghanistan.

According to reports on BBC, at least 40 people have been killed in bombings in mainly government-held areas of Syria. 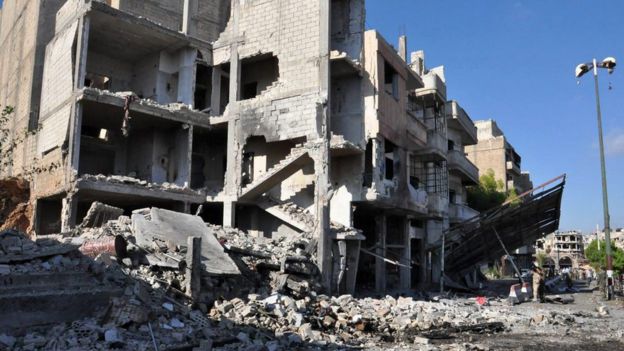 ISIL has claimed responsibility for the four attacks in Tartous, Homs and in a suburb of Damascus, with one in Hassakeh, which is dominated by Kurdish forces.

The deadliest incident was outside Tartous, home to a Russian naval base and in the heartland of President Bashar al-Assad’s Alawite sect, and the Syrian Observatory put the total death toll for Monday’s attacks at 47.

Meanwhile, 3 explosions have hit the Afghan capital, Kabul, the third coming just hours after a Taliban double bombing killed at least 24 people and left 91 wounded, including high-level officials and an army general.

According to witnesses, sporadic gunfire could be heard late on Monday in an area with many shops and businesses, and initial reports suggested that a guesthouse had been targeted.

There was no immediate claims of responsibility, but the Taliban claimed responsibility for the two earlier attacks, which occurred during the late afternoon rush hour.