Pray for Turkey after an Attempted Coup.

PrevPray for South Sudan – a Nation in Crisis.
NextPray for Turkey in the Aftermath of the Coup Attempt.
Pei Pei Khor

Following an attempted coup overnight on Friday night by an army group, the Turkish President Recep Tayyip Erdogan was seen in a live TV speech at Istanbul airport, surrounded by cheering supporters, and declaring that the coup attempt was an “act of treason” and the army must be cleansed. 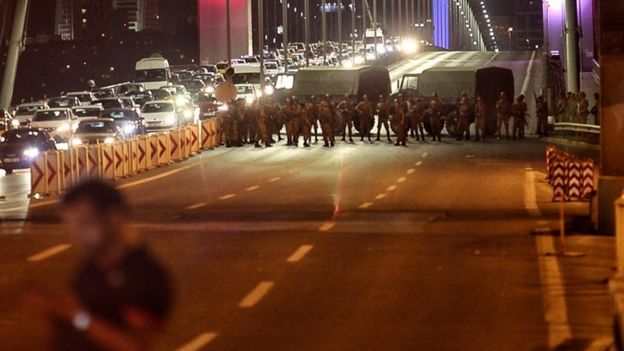 According to local officials, 42 people died during overnight clashes in the capital, Ankara, most of them civilians. However, Prime Minister Binali Yildirim said the situation was largely under control and 130 people had so far been arrested.

Meanwhile, the whereabouts of the military chief of staff, Gen Hulusi Akar, is still unknown after he was reportedly taken hostage by rebel soldiers during the attempted coup.

Reports also say that rebel soldiers in some areas have been surrendering their weapons to police loyal to the President.

Istanbul’s main Ataturk airport is now under army control, and flights, which had been delayed for some hours, were due to resume from early yesterday morning.

It is unclear who was in charge of the attempted coup, nor how much support it has from the general public. The break away army group earlier declared that a “peace council” now ran the country and there was a curfew and martial law. This, however, has been steadfastly denied by the President.