PrevGod is at Work Amongst Refugees in Europe.
NextPray for Egypt’s Coptic Community 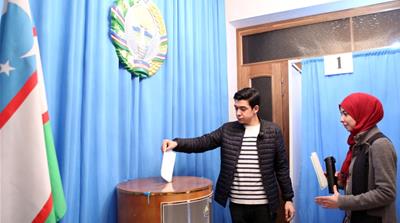 Polls have opened in Uzbekistan to elect a successor to the late leader, Islam Karimov, with long-serving Prime Minister Shavkat Mirziyoyev expected to win a comfortable victory.

Mirziyoyev, who was appointed prime minister in 2003, became interim president following Karimov’s death in September from a stroke.

Representing the same Liberal-Democratic Party that Karimov stood for in the last presidential vote in 2015, Mirziyoyev is facing three other challengers in a bid to secure a five-year term.

However, analysts noted that the candidates are not critical of Mirziyoyev or the regime in the country bordering Afghanistan, where Beijing, Moscow, and Washington all vie for influence.

“The format for Uzbek elections has not changed since Karimov’s death because the regime has not had time to think of anything different,” the AFP news agency quoted Kamoliddin Rabbimov, an Uzbek political analyst who lives in France, as saying.

“If anything, efforts have been made to ensure other candidates are even more obscure, because Mirziyoyev’s stature among the population is not yet what Karimov’s was.”

Two of the candidates challenged Karimov in past elections, each receiving about 3 percent of the vote.

The Organisation for Security and Cooperation in Europe, which deployed an observer team to monitor the election, has described the campaign as “strictly regulated” and “moderately visible”.

Karimov’s 27-year reign began in 1989 at the tail-end of the Soviet era, and was often criticised for extreme abuses of human rights.

Few expect 59-year-old Mirziyoyev to make any serious political changes if elected, after serving at the top of his predecessor’s government for so long.

However, since coming to power, Mirziyoyev has offered clemency to at least one prominent political prisoner, while indicating his government will prioritise reforms to the heavily regulated state economy.

Almost all Western media have been barred from reporting inside Uzbekistan for many years now, and the country’s independent journalists and activists have faced sustained harassment.

1 Timothy 2 vs 1 – 4: “First of all, then, I urge that supplications, prayers, intercessions, and thanksgivings should be made for everyone, for kings and all who are in high positions, so that we may lead a quiet and peaceable life in all godliness and dignity. This is right and is acceptable in the sight of God our Saviour, who desires everyone to be saved and to come to the knowledge of the truth. “