Yemen is facing what some people are calling “the worst year in the history of Yemen”, with violence and poverty both making their mark on the civilian population, especially in this month of Ramadan. 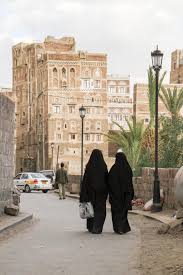 A wave of suicide bombings yesterday in the country’s southeast killed at least 38 Yemeni soldiers just as they were about to break their daily Ramadan fast.

According to a local news agency, 24 more people, including women and children, were injured in the blasts, with the city’s main hospital broadcasting urgent appeals for blood donations.

To add to the ongoing political crisis in Yemen, civilians are facing an “immeasurable” crisis during the holy month of Ramadan, according to the UN.

Abdu Abdullah Gharefah, a Hudeida resident, told Al Jazeera: “We’re suffering not only poverty, but frequent power cuts and lack of water. This is causing disease to spread among adults and children. Our life is difficult but we’re holding on.”

Since March last year, the Yemen conflict has killed more than 6,400 people and displaced 2.8 million. There are also almost 14 million Yemenis in need of humanitarian assistance.

The UN says food, fuel and medicines are in short supply and that has pushed prices up.

Abdesalam al-Mahtoury, an economic analyst, said: “This could be the worst year in the history of Yemen, … No doubt prices have gone up as a result of the siege that’s been imposed for more than 14 months.”

The UN says imports are still restricted and many cargo ships cannot offload at Yemen’s ports. It is appealing for $1.8bn in aid for Yemen this year. So far, it says, it has received just 17 percent of that.

Psalm 9 vs 18: “But God will never forget the needy; the hope of the afflicted will never perish.”