PrevPray for Yemen – the Forgotten Conflict.
Next“Golden Age” for the Church in the Middle East. 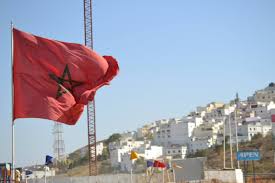 Christians in Morocco, along with Middle East Concern, are requesting prayer for Mohammed Saeed Zao, a Christian who survived an assassination attempt on the night of Friday, 4th November.

Mohammed is well-known because of his promotion of the rights of Christians, and has featured in many media interviews about comparative religion and religious freedom.

When he arrived at his apartment block in Casablanca on Friday night, a man with a sword / long knife came out of a nearby car and tried to stab him. Mohammed was able to open the entrance door and protect himself behind it. One newspaper has reported that the man shouted threats at Mohammed before leaving the scene.

On Monday 7th November, Mohammed went to report the incident to the police. However, it is understood that the police have refused to register a report, calling Mohammed a “trouble-maker”.

Morocco’s strict Islamic interpretation of living means that there is very little freedom of expression for its people, especially in regards to anything critical to the state. Courts continue to convict and imprison street protesters and dissidents in unfair trials, and Muslim Background Believers are still the primary targets of persecution.