Request for Prayer for Sudanese Church.

Middle East Concern, along with Christians in Sudan are asking for prayer for the Evangelical Church in Bahri (also known as Khartoum North), where, on 7th July the police detained 14 church members, many of them leaders. 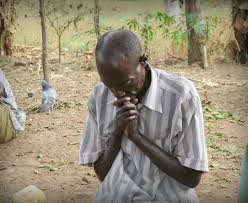 Even though the prosecutor ordered their release that evening, as of 8th July they were still being held.

In response to this, the church took the government to court, and in August 2015, the Administrative Court ruled in the church’s favour and declared ‘committee’ illegal.

However, since 2013, this government-appointed ‘committee’ has been selling parts of the Evangelical Church compound to businessmen connected with the government. On several occasions, church members who objected were arrested, and this continued even after the court declared the ‘committee’ illegal.

Recently, the illegal ‘committee’ sold a school that is part of the church to businessmen, who came to the compound to take over the building on 7th July. When church leaders objected that the sale was illegal, the police came and arrested 11 church members, including several leaders. After intervention by the church’s lawyer they were released.

However, when they returned to the church compound they discovered they had been locked out of the school building. After some church members broke the lock to gain entry to the school, the police returned and detained 17 people, including three members of the illegal committee. These three were released shortly after, leaving 14 church members still in detention.

In the evening the prosecutor ordered the release of all 14 detainees. However, so far the police have refused to release them.

Christians in Sudan request prayer that: