PrevPrayer Requested for Iranian Believers.
NextPray for the Church in Egypt After a Series of Attacks.
Pei Pei Khor

The controversial law, often referred to as the “Yarovaya laws” because of its author Irina Yarovaya, is a package of anti-terrorism measures that greatly impacts religious activity in the country. 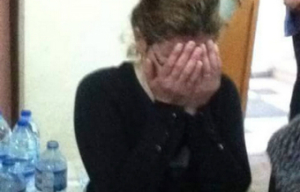 Praying, preaching and distributing religious materials outside state-designated areas will be prohibited, and house churches, which are prevalent in Russia, will no longer be able to meet, as the law bans places of residence from being converted into areas used for religious activity.

There is also a call from the government for people to report their neighbours for any suspicious religious activity.

“Neither these measures nor the currently existing anti-terrorism law meet international human rights and religious freedom standards,” Reese said in a statement.

If the law is strictly implemented, it will have also huge impact on missionary activity. Joel Griffith from the Slavic Gospel Association said it could stop missionaries from operating in the country, with the exception of those who are officially registered with a religious group or organisation.

Griffith said the Slavic Gospel Association is discussing how to best approach the new law. “Our whole ethos and purpose is to serve the Church,” he said. “And our sole purpose for existence is serving those churches.”

Sergei Ryakhovsky, head of the Protestant Churches of Russia, said having to secure permits to share one’s faith outside designated areas is “not only absurd and offensive”, but also paves the way for “mass persecution of believers for violating these provisions”.

Romans 8 vs 38 – 39: “For I am convinced that neither death nor life, neither angels nor demons, neither the present nor the future, nor any powers, neither height nor depth, nor anything else in all creation, will be able to separate us from the love of God that is in Christ Jesus our Lord.“