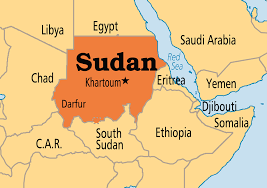 Sudan’s Christian population is rising! Persecution of Christians has indeed intensified in the Islamic nation of Sudan. The southern part of Sudan succeeded in 2011, becoming the 10/40 Window’s only Christian nation – South Sudan. However, many Christian Believers who fled the country during its split with South Sudan have returned, and more continue to return. Muslim students are becoming Christians as they learn about Jesus in school. Prayer centers that were closed in 2011 are open again.

​Sudan’s persecution of Christianity is reported as coming mostly from the government. The Islamic nation, ranking fifth on Open Doors World Watch List of countries with the most persecution, has shuttered numerous churches and arrested pastors. A police officer accused five church leaders of refusing an order to stop worship services on 22 October. However, the officer failed to attend court hearings last month, “casting doubt” on the legitimacy of the charges. The case could be dismissed since the accuser was not present.

US official calls on Sudan to stop ‘church demolitions’ (News 24)