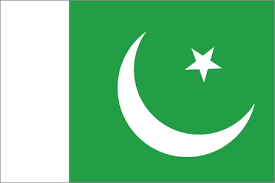 QUETTA, Pakistan/ISLAMABAD (Reuters) – Two suicide bombers stormed a packed Christian church in southwestern Pakistan on Sunday, killing at least nine people and wounding up to 56, officials said, in the latest attack claimed by Islamic State in the country.

Police guards stationed at the church entrance and on its roof killed one of the bombers but the second attacker detonated his explosives-filled vest outside its prayer hall just after Sunday services began in Quetta, capital of Baluchistan province, said Sarfraz Bugti, the provincial home minister.

Baluchistan police chief Moazzam Jah said there were nearly 400 worshippers in the church for the pre-Christmas service. The death toll could have been much higher if the gunmen had forced their way into the sanctuary, he said.

Jah said the venue – Bethel Memorial Methodist Church – was on high alert as Christian places of worship are often targeted by Islamist extremists over the Christmas season.

Islamic State claimed the attack, the group’s Amaq news agency said in an online statement, without providing any evidence for its claim.

Broken wooden benches, shards of glass and musical instruments were scattered around a Christmas tree inside the prayer hall that was splashed with blood stains.

Kal Alaxander, 52, was at the church with his wife and two children when the attack happened.

“We were in services when we heard a big bang,” he told Reuters. “Then there was shooting. The prayer hall’s wooden door broke and fell on us … We hid the women and children under desks.”

Baluchistan, a strategically important region bordering Iran as well as Afghanistan, is plagued by violence by Sunni Islamist sectarian groups linked to the Taliban, al Qaeda and Islamic State. It also has an indigenous ethnic Baloch insurgency fighting against the central government.

Middle East-based Islamic State has created an active branch in Pakistan and Afghanistan in recent years mostly by recruiting among established militants, and its followers have claimed some of Pakistan’s most deadly attacks in recent years.

A suicide bomber killed 52 people and wounded over 100 at a Baluchistan Sufi shrine in November last year, in an attack claimed by Islamic State. In February, Islamic State attacked a Sufi shrine in Pakistan’s southern Sindh province, killing 83 people.

Violence in Baluchistan has fueled concern about security for projects in the $57 billion China Pakistan Economic Corridor, a transport and energy link planned to run from western China to Pakistan’s southern deep-water port of Gwadar.

The church attack came a day after the third anniversary of a Pakistani Taliban attack on an army-run school that killed 134 children, one of the single deadliest attacks in the country’s history.

“Quetta church attack targeting our brotherly Christian Pakistanis is an attempt to cloud Christmas celebrations,” he said. “We stay united and steadfast to respond against such heinous attempts.”