In the courtyard of the 1,700-year-old church over which he presides, Fr. Yusuf Akbulut beams with pride. He points out that the excellent stone and woodwork is a result of the craftsmanship of his ethnic group, the Syriac Christians of Turkey.

“The Syriacs were always the goldsmiths, metal workers, stone workers and artisans,” he said. “They have a tradition of being skilled craftsmen.”

Yusuf Akbulut is the priest of Diyarbakir’s Virgin Mary Church, a Syriac Orthodox congregation in southeast Turkey. He speaks Syriac as his mother tongue, a language closely related to Aramaic, the language of Jesus and his disciples.

Despite his church’s incredible heritage, there are only 40 people in his congregation. They are the tiny remnants of Syriac Christianity, an ancient Eastern-rite church centered in northern Mesopotamia.

As the local leader of a minority religious faith, Akbulut’s role is tenuous in Turkey. On the one hand, he feels compelled to speak up for oppressed Syriac Christians across the Middle East, now heavily persecuted by ISIL for the past 10 months. On the other hand, he must not go too far and risk running into problems with Turkish authorities.

Fr. Akbulut fell into trouble with the government in 2000 for declaring that his minority Christian community had been among the victims of the massacre of Anatolian Christians carried out by the Ottoman Empire in 1915, exactly one hundred years ago. 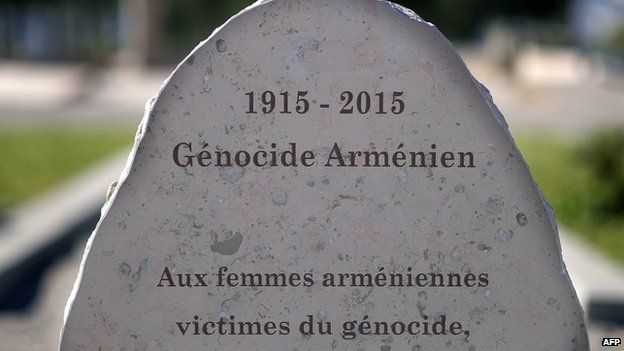 Known internationally as the Armenian genocide, the Ottoman Empire’s ethnic cleansing of its Christian populations in south-eastern Anatolia began with the deportation of several hundred Armenian intellectuals from Constantinople on April 24, 1915. Just a few weeks later, in June 1915, the slaughter spread to the Syriac Christians in their homeland in southeast Anatolia.

Scholars estimate that some 300,000 Syriacs, at least half of those then living in the region, were killed in their remote villages and on forced deportation marches during what the Syriacs call the “Year of the Seyfo [Sword].”

Although the genocide’s 100th anniversary is being observed this week, he is hesitant to bring up these issues again. “I don’t know if there will be a problem if I talk about these things. There have been Christians in Turkey who were killed in recent years.”

Psalm 94 vs 14: “For the Lord will not forsake his people; he will not abandon his heritage”