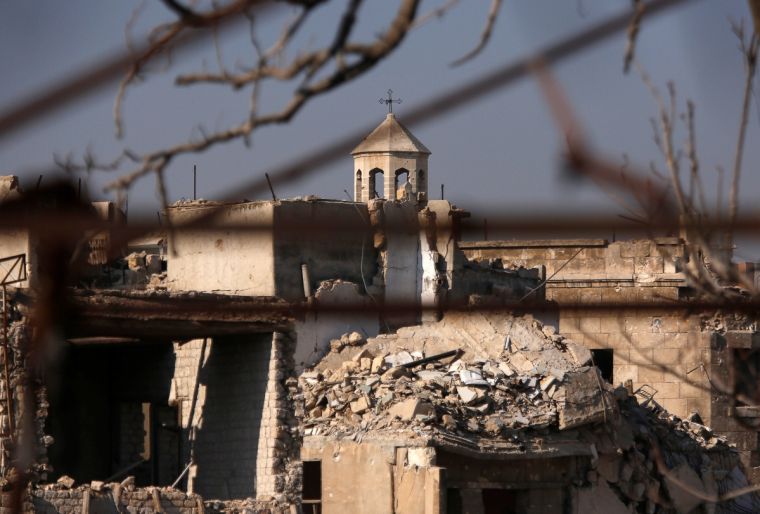 Aleppo’s Catholic Church is helping rebuild hope in the shattered city through an innovative programme of support for young people and children.

In an interview with the National Catholic Register, the Melkite Greek Catholic Archbishop of Aleppo has said the Church is hoping to raise a “new generation” and a “new Church” in the city. As part of his vision of renewal for the city, Archbishop Jean-Clément Jeanbart has called on Aleppo’s young people to have more children.

Jeanbart says that many of them have previously been reluctant, thinking “Why would a person bring a child into the world at this time?” Now though, his archdiocese has arranged a sponsorship programme to support young children  for the first four years of their life. Last year, his church celebrated the birth of more than 100 children.

“More and more families are now no longer afraid to have children,” he said. “And I’m happy for them.”

Jeanbart says his “most important project” is the ‘Build to Stay’ movement, a rebuilding initiative aimed at providing housing, jobs and a livelihood for those in Aleppo. He says the project recently gave out 65 no-interest loans to young people so that they can rebuild their lives. He also hopes that over time, refugees who once fled will be able to return, and his archdiocese hopes to help those who cannot afford the return travel costs.

“If families come back,” he said, “it will encourage people to stay and others to persevere.”

Jeanbart hopes to not only help restore the Church in Aleppo, but sees the Church as being vital to a hopeful restoration of Aleppo itself.

“The city is ours, the land is ours, Syria is ours, and we have to continue this presence because it is a holy land. Syria is a holy land,” he said. “If I can give my life for that, it will be worth it.”

Isaiah 58 vs 12: “Your ancient ruins shall be rebuilt; you shall raise up the foundations of many generations; you shall be called the repairer of the breach, the restorer of streets to live in.”