Tajikistan pastor surprised by early prison release—‘All these years, I felt your prayers’ 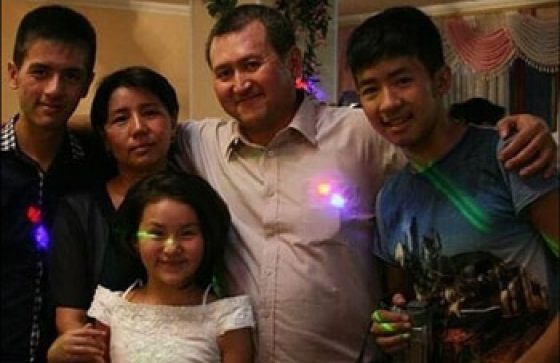 For the last three years, he has been imprisoned, falsely accused of “extremism” including testimony that neighbors were unable to relax in their homes due to loud singing coming from the church. Tajikistan, one of the former republics of the Soviet Union, is the 29th most dangerous country for Christians, according to Open Doors’ World Watch List. The country’s central government imposes restrictive legislation while local authorities and police monitor religious meetings, detain believers, raid church meetings and confiscate religious materials. Another source of Christian persecution comes from the Muslim community that objects to Christians evangelizing among Muslims. In December 2015, the Central Asian country banned all Christmas celebrations.

Thousands of believers all over the world, including you, have held Bahrom, his wife Gulya and their children in prayer since he was charged in April 2017. Today, he shared with Open Doors, reminding us that our prayers are felt and used by God in unseen ways to strengthen our persecuted family :

“I would like to express my huge gratitude to all the people who supported and prayed for me, my family and my church,” he said. “All these three years, I felt your prayers, they helped me to stand. They helped my precious wife and children, they helped the members of my church who were left without a pastor, then kicked out from our building by the authorities.

“Your prayers helped us to stand strong, through all these difficulties to grow spiritually and to transform into the nature of our Heavenly Lord! Thank you from all my heart! Glory to God!”

Please continue to pray with Pastor Bahrom and his family for emotional healing. Gulya and the children bear the marks of persecution’s far-reaching impact.