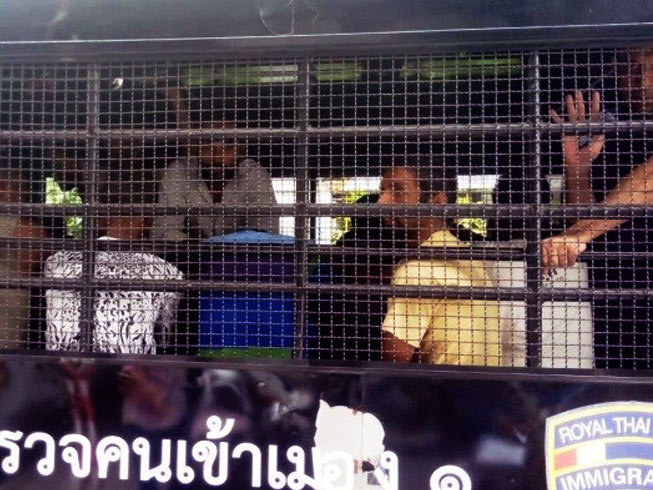 Thai authorities are still detaining the ethnic minority Christian refugees rounded up en masse in August and have divided families, holding adults in a detention centre and a number of children elsewhere.

“I’m very scared, I’m in here by myself but my kids are outside,” Siu H’kli, a 30-year-old Montagnard Christian from Vietnam told journalists.

The family fled Vietnam after police arrested and beat her husband for travelling with a well-known Christian Montagnard pastor. The pastor was later sentenced to five years in prison for alleged immigration related offences and H’kli’s family fled to Thailand and became refugees.

Most of the Montagnard Christians detained have obtained recognized refugee status from the UNHCR, but Thai authorities have a track record of ignoring refugees’ status and instead detaining or deporting them.

The Montagnards in detention are aged between 18 and 70 years of age. They wear prison-style uniforms and share squalid, crowded cells. But their greatest concern is what might happen if they are deported back to Vietnam. Some believe they will be jailed and tortured. Human Rights Watch has officially stated “persecution is driving Christians from Montagnard ethnic minorities to seek asylum in neighbouring Cambodia and in Thailand”.

H’kli speaks for many when she says: “It doesn’t matter where we go, we just cannot go back to Vietnam.”