The battle for Mosul: Are Iraqi Christians the forgotten people? 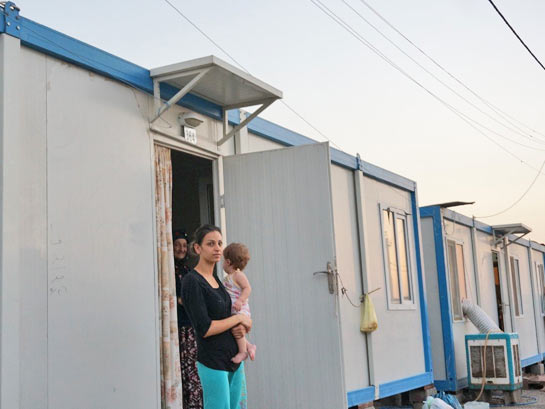 The battle for western Mosul, the last major stronghold of Islamic State (IS) in Iraq, is now happening. The question that should be asked in the West is not “Can we defeat IS?” but, “Will the Middle East ever be the same again?” In particular, will cities like Mosul – where for centuries Sunni Muslims, Shi‘a Muslims and Christians lived alongside each other – ever exist again? Or are we now seeing the virtual disappearance of ancient Christian communities from the Middle-East along with the diversity and tolerance their existence at least demanded, if not always achieved?

When IS seized Mosul and the surrounding Nineveh Plains in summer 2014 an estimated 200,000 Christians fled. Yet many are now afraid to go back. Those who stayed were later given 24 hours to either convert to Islam, leave or be executed. Christians’ houses were marked with the Arabic letter nun (signifying Nisrani, meaning Nazarene i.e. Christian) and either used by IS or auctioned off to Muslim neighbours they had lived alongside for generations.

Most of those who fled Mosul now live as internal refugees around Erbil in the Kurdish region of Iraq. The reality is that when Mosul is “liberated” and even when IS is defeated, there are likely to be vast numbers of Iraqi Christians who will still be refugees. They are the world’s forgotten people.

Two and half thousand years ago, Jews who had been taken into exile by the Babylonians into what is now Iraq, wrote, “by the rivers of Babylon, there we sat down and wept when we remembered Zion” (Psalm 137). That will be the experience of many Iraqi Christians today as they listen to the news about the “liberation” of Mosul, a place many may never be able to return to.