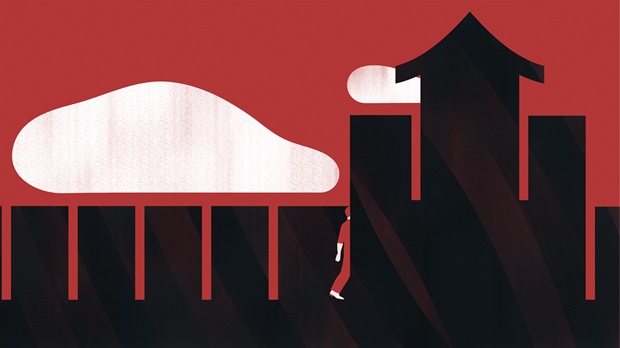 “This is one of those historic moments,” said David Ro, director of the Wilson Center for World Missions at Gordon-Conwell Theological Seminary. “There are lots of challenges ahead, on the mission field and in China. And yet God is doing something—while they are being attacked, they are still moving forward.”

The gathering was “a unique opportunity to witness the authentic demonstration of a vibrantly growing Chinese church under dynamic indigenous leadership,” said Nana Yaw Offei Awuku, a field ministry director with Scripture Union Ghana who spoke at the event. “The beauty of intentional intergenerational leadership was at its best.”

Held in Thailand, the conference was part of Mission China, a movement of unregistered churches to send out 20,000 missionaries by 2030.

It’s an ambitious goal for churches that have yet to obtain legal status. And it may have run into a snag this summer when two young Chinese Christians—who traveled to Pakistan to teach Mandarin at a private school—were kidnapped and killed by ISIS.

The incident put China in a tough spot. As it seeks to expand its influence westward, its leaders need to be able to protect the 70,000 Chinese who were issued visas to Pakistan last year. But its atheist government also doesn’t want to be exporting Christianity.

In September, China finally nailed down religious restrictions introduced last year. The numerous regulations, made in the name of national security, prohibit unregistered groups from teaching about religion or taking part in trainings or meetings outside the country, beginning in February 2018.

In addition, no religious activities—including the publication of religious materials, the acceptance of donations, any international religious exchanges, and renting space to an unregistered church—can happen without the approval of the State Administration for Religious Affairs (SARA).

“It was a big disappointment,” said Brent Fulton, president of ChinaSource. “In theory, we’re taking a big step back.

“The big question, of course, is enforcement. SARA as an organization is not really known for being overly effective,” he said. “[So it’s] trying to reassert its authority as an institution, saying religion is a serious national problem and we need to do something about it.”

In a security-conscious environment, SARA is “pushing all the right buttons, saying the law is really important,” he said. “But how are they going to enforce this?”

Over the past 30 years, unregistered churches in China have inched further into public view; many now have their own sizable buildings, their own staff, and their own websites. At the same time, the number of Chinese Christians has surged to about 70 million, according to the latest calculation by the Pew Research Center.