The migrants who seek welcome

PrevNew hope for Pakistani Christians following election of Imran Khan
NextMy Wife Turned Me Into The Police For Leaving Islam, Then She Found Jesus 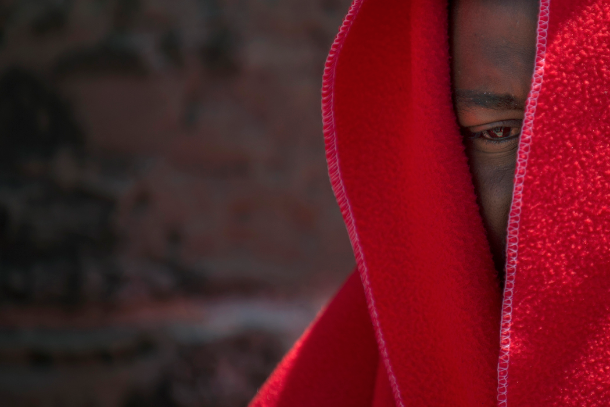 Let us look at ourselves as human beings with dignity, values and inalienable human rights. We are people not like the animals that see enemies and rivals all around them in the wild and fight and kill for food and survival.Most humans have a higher standard to live by and coexist in peace, but not all. Because we are so many and have already driven most other species to the point of extinction, respectful cooperation and helping all live with equality and justice are essential for us to live in harmony and peace.The principle of loving and caring for others as we would care for ourselves is a survival strategy by which we can reach out to others in need, welcome them into our communities and build trust, harmony and bring peace and stability to society.When we ignore such virtues and values, we return to the selfish inward tribal mentality that rejects and excludes others and leads to conflict and violence. In wealthy European and North American countries, discrimination and rejection of the poor and the wretched from the Middle East and Africa is growing. Some fanatical anti-foreigner, anti-migrant, anti-Muslim groups have worked themselves up into a frenzy of hatred to the point of racial hysteria.

They attack migrant shelters and migrants themselves. This generation in developed nations has never experienced war, destruction, hunger, want, or displacement since the Bosnian war or the Great Depression or in Europe at the end of World War II.The European continent used to be filled with refugees and displaced people and migrants wandering from one country to another, hungry and homeless. They were welcomed and they rebuilt a shattered Europe. They traveled to America by the hundreds of thousands. They were welcomed, and that welcome and the struggle of these migrants is what made America great.Under President Donald Trump, half the nation has expressed opposition to migrants, even though they are migrants themselves or descended from migrants. They have abandoned compassion, tolerance and inclusiveness. They can’t make America or any nation great with racial hatred.This present generation never suffered much want and many are electing leaders who are embracing a selfish, inward even racist attitude toward the wretched of the earth, the downtrodden, the hungry, and those fleeing war and violence.While there are many caring people in Europe, America and Canada, there are many more who are exclusionist. Austria and Italy are following exclusionist policies. It is a big setback for human rights. Some have built thousands of kilometers of fences and President Trump says he will do likewise. They who exclude and reject the poor and the desperate are most un-Christian.It is the people of Spain who have opened their doors and give the displaced people welcome, shelter and support. Such hospitality is a powerful act of human goodness. The others who have rejected the migrants are hardhearted and uncaring. But who cares about hypocrisy and ignorant uncivilized attitudes? We all should care. Unless we open our hearts and welcome the refugees and migrants we will be closed to caring, compassion and love. We will hurt our family, our community and ourselves by selfish attitudes. Migrants are the throwaway people ignored by rich countries whose forebears invaded and occupied lands and turned people into slaves. Today, neocolonial control perpetuates exploitation and even encourages tyrants to allow exploiters to continue oppressive business policies.Compassion, openness to strangers, empathy, friendship and hospitality for migrants and refugee are much needed today. Overwhelming poverty and corruption are driving the poor to look for a better life. Risking all on a rubber dingy in the Mediterranean is an act of desperation, but also of courage to escape evil.We should give them that chance. Irish Father Shay Cullen, SSC, established the Preda Foundation in Olongapo City in 1974 to promote human rights and the rights of children, especially victims of sexual abuse.