The Muslim Hajj – Day One

The Hajj is the pinnacle of life for Muslims around the world. All who can afford it will go on the Hajj, which begins on the 8th day of the 12th month of Dhul Hijjah in the Islamic calendar.

This year, the Hajj starts on September 21st and last for 3-4 days.

During these days, around 3 million Muslims from all over the world flock to Mecca to perform sacred acts and follow the steps of Muhammad, their prophet. Anyone who is not a Muslim cannot enter Mecca, and therefore cannot perform the Hajj. 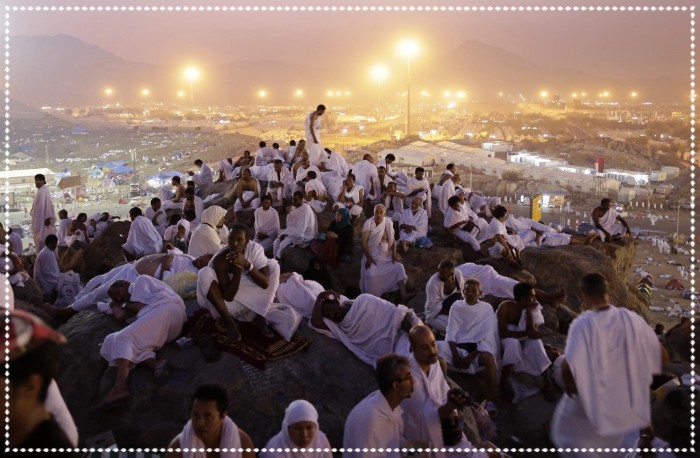 Muslims go on the Hajj to be cleansed of sin and are told that their desire for forgiveness will be granted by the Hajj, which “if performed properly and sincerely for Allah, removes all sins.”

Day one of the hajj is known as Ihram, or the day of cleaning and preparation. Pilgrims must enter into the state of Ihram (purity) which involves washing themselves, then wearing white, plain garments. These garments indicate that all pilgrims are equal.
Following this cleansing, pilgrims are officially on the Hajj.

In the past, the first day of the Hajj was spent collecting enough water for the next day of the Hajj. However, with the arrival of modern conveniences and running water, it has become a day of cleansing, visiting the Ka’aba in the Grand Mosque, and entering the mosque with their right foot first.

After leaving the Grand Mosque, many pilgrims will walk to the tent city of Mina to spend the night.

Hebrews 9 vs 14: “How much more, then, will the blood of Christ, who through the eternal Spirit offered himself unblemished to God, cleanse our consciences from acts that lead to death, so that we may serve the living God!”