Prev3 Thoughts On The Church Shooting in Texas and Christian Persecution
NextA climate of growing instability: persecution of Christians in Turkey 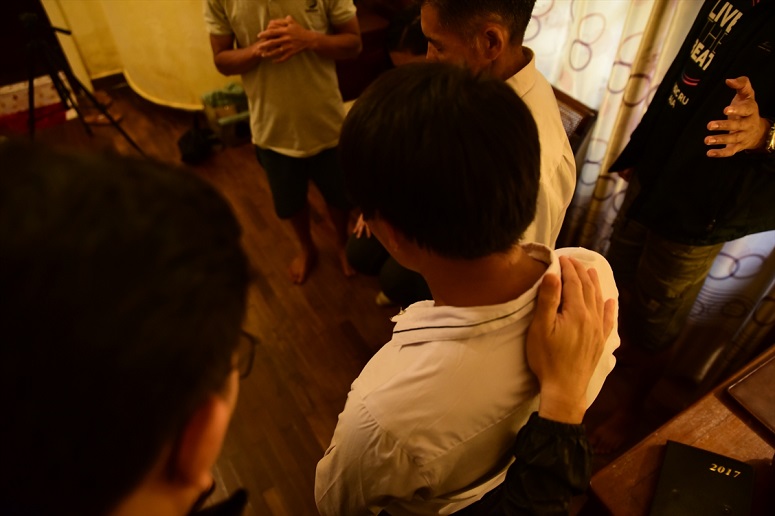 Christianity started spreading among the Hmong in the highlands of northwest and central Vietnam in the late 1980s through a Hmong-language Christian radio program broadcast from Manila and has led to “a remarkable religious transformation … in the past three decades”, according to academic Seb Rumsby, writing for The Diplomat.

Among the one million Hmong there are now an estimated 400,000 Christians, and “the social, economic, and political impacts of religious change – from persecution and migration to lifestyle changes and new gender relations – are becoming increasingly difficult to ignore”, says Rumsby.

A deep, politically-constructed narrative called ‘Dai Doan Ket’, or the Great National Unity, is the standard against which religions seem to be judged in Vietnam. Dai Doan Ket tries to define a national identity, a common culture and even a spiritual bond. Rights are relativised in reference to support for the Dai Doan Ket.

This Dai Doan Ket standard for meting out space for religions differs radically from Western, human-rights thinking, which holds that fundamental human rights are universal, and which dominates international standards, as in the Universal Declaration of Human Rights. This wide difference helps explain why Vietnamese authorities and Western diplomats or advocates often talk past each other in the area of human rights.

The Vietnamese government has reacted by publishing anti-Christian propaganda and maintaining restrictive policies, making it almost impossible for churches to register.

The government says its new Law on Belief and Religion, due to come into effect in January, will help its administration of religious affairs by, for example, simplifying the registration process. However, Vo Tran Nhat, Executive Secretary of the Vietnam Committee on Human Rights, told World Watch Monitor last year that it will add another layer of repression and control to an already pressurised Church.

Ethnic groups like the Hmong are also “very protective of their customs, their regions, and they have a lot of authority in their local governments”, Tim Muret of Christian charity Open Doors USA told Mission Network News last month. “They view Christianity as a threat basically, something that is challenging their culture, their heritage.”

Rumsby describes how new Christians abstain from drinking alcohol – seen within the tribe as an important part of male bonding – and no longer take part in traditional religious rituals and ceremonies. “Many Hmong shamans and non-Christians fear that their culture is being lost,” he says.