Through Healing and Dreams, Turkish Muslims Turn to Christ ​ 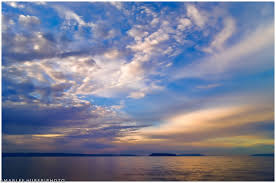 The Gospel Herald recently reported about a jihadist describing his journey to Christ. The Muslim man fought alongside the Kurdish army and subsequently the Nusra Front (an offshoot of Al Qaeda). He witnessed their brutality and finally left them due to their awful ungodly acts. He returned home to live normally with his wife when she suddenly became deathly ill. When he called his cousin, he learned that his cousin had become a Christian and was hosting a prayer group. The group prayed for the sick woman over the phone. Her miraculous healing led the couple to learn more about Jesus. As they considered leaving Islam, they began having vivid dreams of Jesus! The overwhelming love they felt from these dreams led them to seek Him more and find a group that could disciple them. Now they lead Bible studies in their Turkish apartment, even at great peril to themselves.

Christian Aid reported that a Muslim woman sought to make fun of Christians, but by watching them she became intrigued by what they were saying. A pastor preached on the Internet, not knowing if any listeners responded. This woman was one who did. She privately gave her heart to the Lord and then began having dreams of Jesus. He told her to go be with the Believers, some of whom she had seen in her dreams. When she finally attended a meeting, she recognized the Believers! She has grown in love with the Lord and now evangelizes openly to her friends on the Internet.