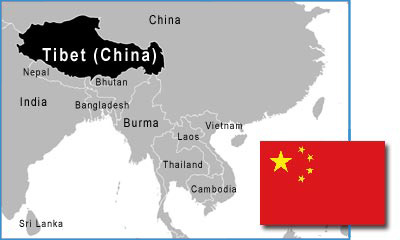 Tibet lost its short-lived independence as a theocratic Buddhist state in 1950 when China re-invaded the land. China’s central government has systematically sought to destroy the culture, religions and ethnic identity of the Tibetan people. Resistance to the occupiers has resulted in frequent revolts and unrest. More than 6,000 monasteries have been destroyed, over one million people may have lost their lives and a further 100,000 may have been forced into exile, including the Buddhist and political leader of Tibetans, the Dalai Lama.

Tibetan Buddhism permeates society and has a powerful hold on the people. It incorporates many elements of the pre-Buddhist Bon religion, which still exists in its own right. Bon has powerful demonic and occult influences and spirit appeasement. The high places of the Tibetan plateau are known to be a spiritual stronghold highly resistant to the gospel. In Tibet Autonomous Region (TAR), there are still 1,789 monasteries and 46,000 Buddhist monks.

It is uncertain how many Tibetan Christians there are worldwide. Christian materials in Tibetan languages and dialects are limited, but growing. Political sensitivity and tensions in Tibet make entry and travel in the country difficult for both Chinese and foreign Christians who desire to share the love of Jesus there.

Prayer Requests
Pray for open doors and freedom to proclaim the gospel in Tibet.
Pray that present sufferings may be God’s means for bringing spiritual freedom to Tibetans.