Turkey, a Crossroads for Refugees.

Situated at the crossroads of Europe and Asia, Turkey has a complicated history with a significant role in both continents.  It has been thrust into the forefront of the European refugee crisis, with the numbers of Syrian refugees fleeing from the destruction of their nation now over 1.7 million. 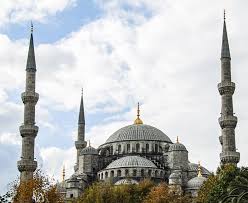 Turkey started receiving refugees from Syria at the start of the civil war over 5 years ago, expecting that the conflict would be quickly resolved.  However, as the war has dragged on, the refugee situation has created tension in Turkey.

Many refugees are caught in limbo – unable to return home, but unable to get work permits or settle permanently in Turkey. Turks are increasingly concerned at rising rents caused by the increasing population and the risk of ISIL forces bringing their conflict into Turkey. The terrorist group is suspected of causing the October 2015 bombing in Ankara which killed 102 people and injured many others.

Turkey’s position in the Syrian refugee crisis has led them into negotiations with the EU and UN Security Council regarding their long-term role in providing for the placement of refugees in Europe. The outcome of these negotiations will have a significant impact on both Turks and Syrians.

Both remain at a crossroads, wondering what the future will hold for those who are native to the country and those who are forced to settle there.

Psalm 46 vs 9 – 10: “He makes wars cease to the end of the earth; he breaks the bow, and shatters the spear; he burns the shields with fire. Be still, and know that I am God! I am exalted among the nations, I am exalted in the earth.’“