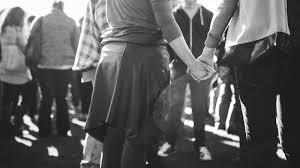 Yesterday (16th April) a referendum was held to decide if Turkey should change from a parliamentary system to an executive presidential system with sweeping powers for the president. The proposal was approved by 51% to 49%. The referendum has polarised the Turkish people and violent responses in different parts of the country are being reported.

President Erdogan issued Easter greetings to the Christian community in Turkey. However, Easter celebrations were conducted quietly because of tensions arising from the referendum.

Tomorrow (18th April) is the tenth anniversary of the murder of three Christians in Malatya. In 2007, five men entered the Zirve publishing house in Malatya where they severely tortured Ugur Yuksel, Necati Aydin and Tilman Geske before cutting their throats. This event had a profound impact on the Christian community in Turkey, highlighting their vulnerability. Remembrance services will be held in Turkey, but these will be muted because of the present security situation.

Christians continue to be targeted in Turkey. Pastor Andrew Brunson has now been detained for over six months on supposed links to an armed terrorist organisation that has been blamed by Turkey for the attempted military coup in July 2016. The US administration is seeking his release.

Church leaders in Turkey request prayer for their country and for Turkey’s small Christian community at this critical time. Please pray:
a. That peace will be prevail following the referendum and that Christians, especially church leaders, will respond wisely to ongoing events
b. As the church in Turkey remembers the brutal deaths of the three Christians in Malatya, that it will be strengthened in its resolve and faith and that God will continue to comfort the families and friends of the victims
c. That God will have mercy on the country and people of Turkey, and that his truth and righteousness will prevail
d. That Andrew Brunson and his family will be upheld by God, and that this unjust detention will soon end with his release
e. God will touch the hearts of those in leadership and that they will work for the ultimate good of Turkey.

URL for this prayer request: www.meconcern.org/2017/04/17/turkey-day-of-prayer-called-for-18th-april/