The government of Turkmenistan has approved a constitutional amendment that will allow its President to rule for as long as he likes. 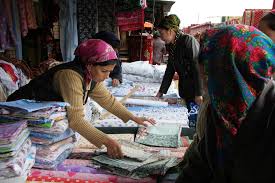 Gurbanguly Berdymukhamedov has been president of Turkmenistan since 2006. His predecessor, Saparmurat Niyazov, died while still in office at the age of 66, having been president for 21 years. During that time he established a personality cult in which he became officially known as “Turkmenbashi” – leader of all Turkmens.

When Berdymukhamedov took over as president, he picked up where Niyazov left off, erecting a golden statue of himself, as Niyazov had done before him, and becoming known as Turkmenistan’s “Arkadag”, or protector.

The constitution previously stated that a president must stand down at the age of 70, but 59-year-old Berdymukhamedov has seen that rule scrapped. In addition, each presidential term has now been extended from five to seven years.

Central Asian leaders are renowned for their extended terms in office. In May, 94.5% of Tajiks voted for similar amendments to their constitution, and President Imomali Rakhmon has already been in power there since 1992. Uzbekistan’s Islam Karimov had served as president since 1989, before his death earlier this month, and the Kazakh President, Nursultan Nazarbayev, has also ruled since 1989 and won 97.7% of the vote at the last election.

Turkmenistan is considered one of the most restrictive places in the world and its comparatively small population of just 5 million makes it “easier to control”, one local Christian told World Watch Monitor.

Open Doors estimates there are around 95,000 Christians in Turkmenistan, but just a dozen or so registered churches, the majority of which are Russian Orthodox. As most ethnic Turkmens are very unwilling to be associated with the Russian Orthodox churches, they have few options for practising their faith.

According to the World Watch List, “Non-registered religious activity is illegal … Even registered religious communities face regular check-up visits. There is strict control by the government and local authorities over the Turkmen population, and all communication is being monitored. Publishing and distributing religious literature is prohibited, and its import is monitored and censored. There is no Christian bookshop in the country.”