Vietnam to Introduce New “Law on Belief and Religion”.

Vietnam’s new “Law on Belief and Religion,” scheduled to come into effect this year, will add another layer of governmental repression and control to an already pressurised Church, according to  Vo Tran Nhat, Executive Secretary of the Vietnam Committee on Human Rights. 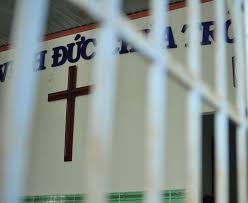 “Communism in Vietnam is like a religion, a secular religion. Vietnam is a one-party state, and Article 4 of the constitution gives all the power to the Communist party.

“The Communist party is very paranoid. In fact, historically, it always considered people who are not with [it] are against [it]. Before, it was for ideological reasons. Now, I think it’s more a question just of power, money, etc., etc. All the organisations [that] are not Communist [are seen as] a threat.

“There is no religious freedom because the Communist regime tries to control everything in the religious life. The regime [has created] lots of other state-sponsored churches. There is unofficial and official, and unofficial churches are repressed. When you are recognised, it means you are under the control of the party and you can do nothing.

“We have several [decrees] on religion. The texts always say at the beginning: everybody has the right [to practise] religion, and you can believe, etc., etc. But in the other provisions, it always says you can’t abuse your right of religion to infringe upon the interests of the state.

“It means that the Vietnamese authority gives people human rights, but at the same time it is taking back human rights. So, in fact, there is no human rights. You have a very visible repression against different religions, like the Christians.

Psalm 103 vs 6: “The Lord works vindication and justice for all who are oppressed.”