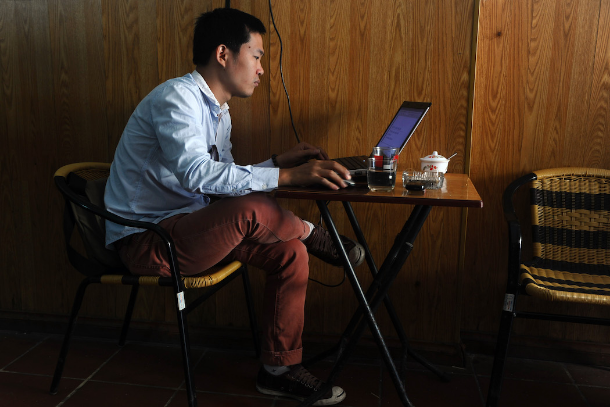 A group of 17 U.S. lawmakers on July 18 wrote to the Vietnamese government protesting its tough new “cyber-security” laws, that force internet companies such as Facebook and Google to store their users’ data in the country and open offices there.The new laws were passed June 12 and require internet companies to “verify” user information, and disclose user data to authorities without the need for a court order, further threatening the right to privacy and could facilitate further suppression of online dissent or activism.The move by U.S. lawmakers is the latest freedom advocates who have multiple concerns with the new laws, similar to recent laws passed in China.International internet companies have described them as regressive and curbing free speech even further.They come 18 months after new laws curbing religion came into force on Jan. 1, 2017 and further reduce the space for Vietnamese who follow religions to communicate openly, particularly Catholicism which has maintained a firm foothold in the country with just over six million followers representing 7 percent of the total population, according to Catholic Hierarchy. Vietnam has 26 dioceses (including three archdioceses) with 2,228 parishes and 2,668 priests, despite increasing repression by authorities in recent decades.

Amnesty International has said the laws have potentially devastating consequences for freedom of expression in the Southeast Asian nation. Like China, the Vietnamese authorities operate a national firewall — known as the Bamboo Firewall — that blocks countless sites including those with politically or religiously sensitive materials. But, at least for now, the country allows U.S. tech companies blocked in China, such as Facebook and Google, to operate.In 2018, the number of Facebook users in Vietnam is expected to reach 33.86 million, up from 29.29 million in 2016, according statistics portal statista.com. Still, such companies comply with Vietnamese authorities legislation and regulations that requires them to regularly remove content they don’t like from their sites. At the Jan. 2016 quinnenial Party Congress, the ruling Communist Party openly stated it would move to reassert its “primacy.” The country has been subject to a dramatic economic opening since the implementation of the Doi Moi (Reformation) policy in 1986, spurring it to GDP growth of 6.8 per cent in 2017, its best in a decade.During this phase, it has been a little more tolerant of religion than its northern neighbor China, a country with whom it has a complex and often tense relationship.Since its victory in the War of Independence against France in 1954, the Communist Party of Vietnam has regularly suppressed religions and persecuted their followers.

While authorities allow many government-affiliated churches and pagodas to hold worship services, they ban religious activities they arbitrarily deem contrary to the ‘national interest,’ ‘public order,’ or ‘national unity’.”It also said, “The police monitor, harass, and sometimes violently crack down on religious groups operating outside government-controlled institutions. Unrecognized branches of the Cao Dai church, Hoa Hao Buddhist church, independent Protestant and Catholic house churches, Khmer Krom Buddhist temples, and the Unified Buddhist Church of Vietnam face constant surveillance, harassment, and intimidation.”Vietnam’s new internet laws are only likely to amplify these trends and could point to the next step of raising the Bamboo Firewall and kicking out Facebook et al. After all, Vietnam’s social media king is home grown chat app Zalo that claims 100 million accounts and which is rapidly adding new features.