“Almost 90 percent of the leaders of Kazakhstan youth consider themselves believers, with 86 percent of them professing Islam,” according to a survey conducted by sociologist Madina Nurgaliyeva, and leading her to warn that “religiosity among young Kazakhs is at a critically high level.” (caravan.kz/news/religioznost-kazakhstanskojj-molodezhi-nakhoditsya-na-kriticheski-vysokom-urovne-ehkspert-384248/). 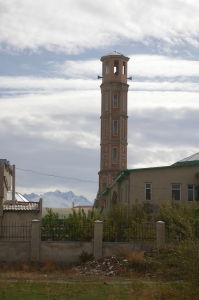 She also added, “half of those who list themselves as believers are active, that is, people who visit the mosque or a church, and regularly take part in Friday prayers” etc.

The young Kazakhs say they are increasingly put off by the secular state and increasingly attracted by information on religion on the Internet, and in some regions, various religious groups are actively recruiting young people.

“For residents of the western [portions of Kazakhstan],” she writes, “it has become customary to see people on the streets whose visages clearly reflect their religious attachments, things like beards and hijabs. For the local population, this is customary; but for visitors from elsewhere, it is shocking.”

One consequence of this is that inter-religious conflicts are now more common than inter-ethnic ones, something that many in that country are worried about, leading them to ask the government to adopt a harder line against religion.

Media reports from the western portions of that country suggest that a growing number of young girls are wearing the hijab to school, despite a government ban on such dress. In addition, they are refusing to take part in some lessons, and even to stand in honour of the state flag or anthem.

This trend has prompted the Nur.kz portal to say that “it is possible that if we allow girls to wear the hijab in schools, then we will soon remain without a state, without a language, without traditions, and without a culture.”

The growth of fundamentalist Islam has even prompted one Muslim leader to write to President Nazarbayev, calling for the constitution to be revised so that Islam can be declared the state religion, and so that religious parties can organise themselves legally.