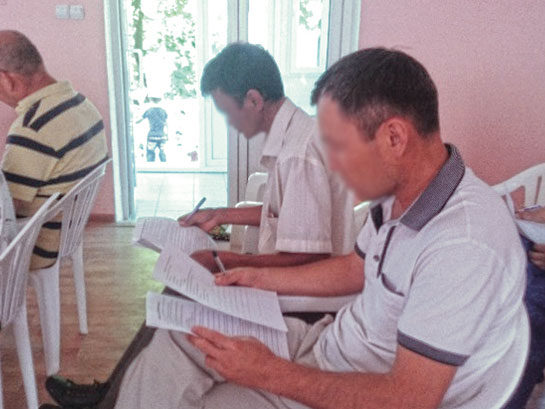 Three Muslim men badly beat a Christian convert in the village of Tamchi in Issyk-Kul, Kyrgyzstan, on 17 October, leaving him fighting for his life.

The attackers cornered Eldos, a 25-year-old convert from Islam, alone in a courtyard and attempted to force him to say the shahada (the Islamic creed). Recitation of the shahada is considered conversion to Islam. He was viciously beaten and left bleeding with severe concussion, a jaw fracture, knocked-out teeth, an eye injury and suspected brain haemorrhage.

Allegedly, the police attempted to disguise the religious motivation for the attack by claiming Eldos was beaten for playing loud music. They forced him to sign a verbal statement they took from him to this effect, before he was taken to hospital. However, his lawyer confirmed that Eldos had been unable to speak at the time because of the injury to his jaw.

At the time of writing, Eldos remains in a life-threatening condition in hospital, where he has undergone surgery to reconstruct his jaw.

Since the introduction of a very restrictive Religion Law in 2009, many Christians in Kyrgyzstan live with constant persecution. In 2017 an increase was seen in the harassment and persecution of Christian schoolchildren; in October a pastor’s grandson was severely beaten at school for being a Christian. In May 2018 a Christian woman in Kyrgyzstan, recently converted from Islam, was held captive in her home and beaten by her Muslim family for refusing to renounce her faith in Christ.